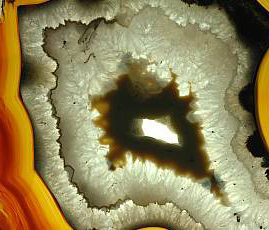 Masterstone will be the sponsor of the 2nd Italian Meeting of Scientific Gemology, CIGES 2011, which will take place in Bari on June 20th – 21st at the University of Bari and at the “Accademia Pugliese delle Scienze”. Its topic will be: “The diamond: mineral, material and gem”.

The Meeting calls upon both researchers (especially young) and talented people working in the goldsmith, gemologist and commercial field.

National and international specialists will discuss the following topics:

–          In – depth analysis on the most recent synthesis and surfaces treatments methodologies.

–          National and international situation from scientific and political point of view and subsequent repercussions in the trading field.

The meeting is aimed at giving to mineralogists, material scientists and gemologists the opportunity to deepen their knowledge and make a positive synergy from which scientific, social and trade community can take advantages.

The meeting will take place on June 20th at the “Palazzo Ateneo” and on June 21st at the Geomineralogical Museum of the “Palazzo di Scienze della Terra”, in the University Campus.

It will be opened on June 20th in the “Salone degli Affreschi” of the “Palazzo Ateneo” and important Academic and Civilian people will attend. The opening conference will be held by Dr. Gaetano Cavalieri, Speaker of the CIBJO – The World Jewelry Confederation.

Young people will have the opportunity to attend a picture session, which topics will be not necessarily linked to diamonds.

After the meeting a round table will be held at Auditorium of the “Cassa di Risparmio di Puglia” Foundation and really relevant Professors, Gemologists, Traders and Politicians will attend it.

People willing to attend the meeting will have to pay the following amounts:

People attending the meeting will have special fares for staying in hotels agreed upon with Bari University. Since places availability is not that wide, we suggest to book as soon as possible.

The amounts will have to be paid on bank account n. 133 registered to ARGOCEM srl

You can confirm participation to the meeting to the following email address:

Segreteria.gemmologiascientifica@uniba.it and by fax to number: 080.5442585

We use cookies on our website to give you the most relevant experience by remembering your preferences and repeat visits. By clicking “Accept”, you consent to the use of ALL the cookies.
Cookie settingsACCEPT
Manage consent

Any cookies that may not be particularly necessary for the website to function and is used specifically to collect user personal data via analytics, ads, other embedded contents are termed as non-necessary cookies. It is mandatory to procure user consent prior to running these cookies on your website.